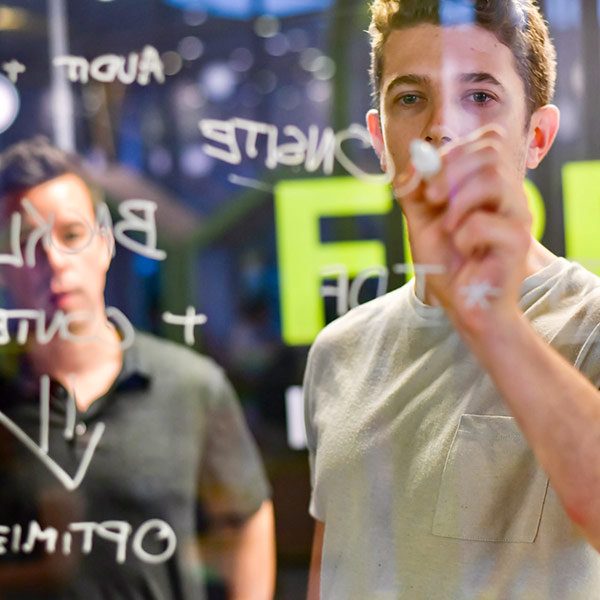 As Steve Jobs’s ad man for more than 12 years, Ken played a part in Apple’s amazing rise from the ashes. In the process, he found himself transformed as well, learning from one of the world’s most successful—and least conventional— leaders. Jobs was exactly as advertised, difficult and often brutal, but it’s impossible to argue with his success. In this talk, Ken takes a closer look at Steve’s management style, his uncompromising beliefs and his willingness to take risks. The takeaway is that anyone can adopt the principles that helped Steve create lust-worthy products, eliminate complexity, motivate employees and outthink the competition. You don’t need a Jobs-like personality to achieve Jobs-like success.

Ken Segall worked closely with Steve Jobs for over 12 years as his ad agency creative director spanning NeXT and Apple. He led the creative team behind Apple’s famous Think different campaign, and is responsible for that little “i” at the core of Apple’s product naming strategy. Ken is the New York Times bestselling author of Insanely Simple and Think Simple, which explore the power of simplicity as practiced by Steve Jobs and other brilliant leaders around the world. He currently consults with major brands in strategy, branding and product naming; he blogs about technology and marketing at kensegall.com; and he has fun with it all at scoopertino.com.